Nick Pfeiffer, the GEZE-sponsored young researcher, has succeeded: He won the Baden-Württemberg ‘Schüler experimentieren’ [pupils experiment] state competition in the technology category with the further development of his window project ‘Smart basement ventilation with flood alarm and analysis tool’. 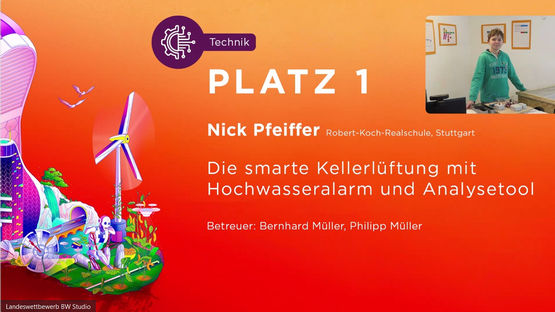 What started off in 2018 with the ‘Intelligent Window’ research project has now developed into a complex system: smart basement ventilation with flood alarm and analysis tool. This is the third time that the GEZE-sponsored window with automatic GEZE Slimchain window opener has featured in Nick’s research work – and he says it was again an important part of his success this year.

The flood alarm triggers a visual and acoustic signal either in the home or optionally at an alarm control centre when water enters the basement – in heavy rain, for example. An email alarm is also sent and a pump activated to pump out the flood water accordingly.

Nick Pfeiffer’s smart basement ventilation works by using sensors that continually measure and analyse the temperature and humidity in the basement and outside the building, and record these in a database. If the absolute humidity in the basement is higher than outside, the windows open automatically. Ventilators are also activated to blow the humid air outside. This prevents mould from forming and dries the basement following a flood. 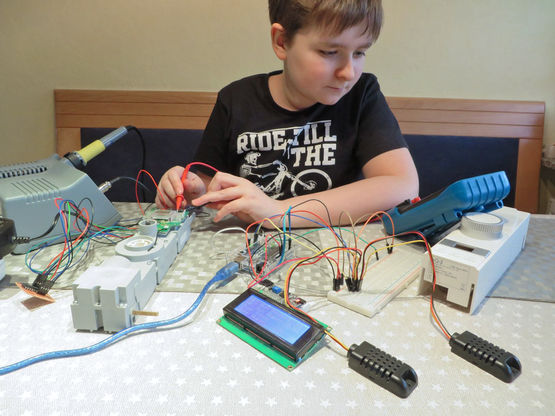 13-year-old student Nick Pfeiffer has been tinkering with smart ventilation solutions since 2018, winning multiple awards for his work.

We are excited to see what 13-year-old Nick Pfeiffer will do next, and look forward to supporting his research projects again in the future.