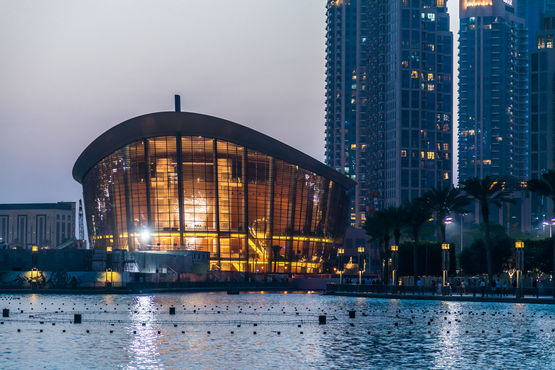 The Dubai Opera can be flexibly converted into a theatre, a concert hall, an exhibition room or a 2,000 square metre conference space. The concert hall seats an audience of 2,000 , and banquet style seatingcan be organised for up to 1,000 guests. Stages for smaller performances and practice rooms are connected to the main auditorium. The roof garden and restaurant afforda breathtaking view of the Burj Khalifa complex and the Dubai Fountains, the world's largest fountain system.

The architecture of the Dubai Opera in the form of a dhow, the traditional Arabic ship form, honours the history of the Emirates. The opening gala on 31 August 2016 saw no less than tenor legend Plácido Domingo on the stage. Opera, classical music, theatre and ballet are the main focus of the venue's programme. However comedies, musicals, jazz, family shows, fashion shows and a large range of other forms of entertainment are also on offer. 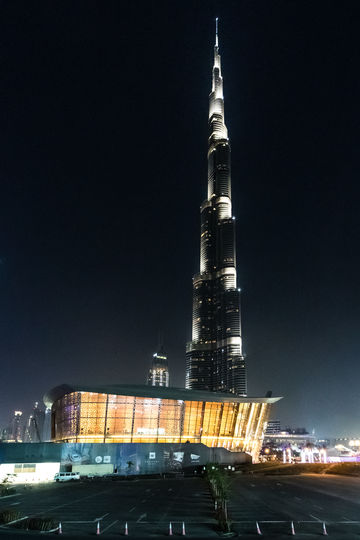 The automatic swing door systems with GEZE Powerturn drives blend harmoniously into post-modern architecture. The drives provide optimal flexibility for designing door solutions in a whole variety of different building settings, combining functional versatility with a discreet appearance. That's why the ‘Powerturn doors’ are ideal solutions for the glass façades whose sloping design – just like the curve of the roof – has been modelled on the dhows.

Powerturn swing door drives quietly, lightly and safely move the large and heavy glass leaves of 13 double-leaf swing door systems within the transparent façades. They automatically open the doors to visitors so that they are accessible to everyone.