GEZE is making ‘windows’smart with easy access to the KNX world via the IQ box KNX. The IQ box KNX allows smart window drives from the IQ windowdrive series to be integrated into the KNX building bus for controlled natural ventilation. It creates new possibilities in building automation and therefore many advantages: greater convenience and security, a pleasant and healthy indoor climate, as well as low energy consumption.

Intelligent ventilation in the KNX environment 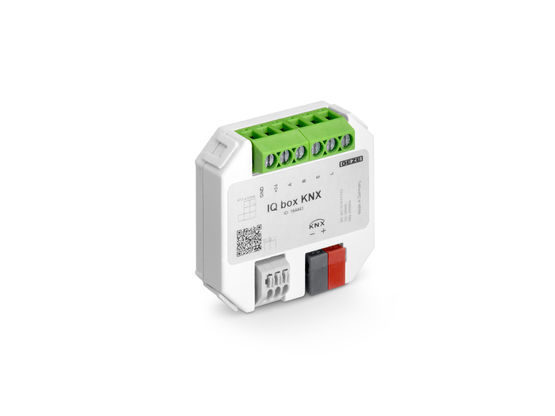 GEZE is making the ‘Windows’ product group smart, because access to the KNX world is easy with the IQ box KNX. Photo: GEZE GmbH

With the IQ box KNX interface module, window drives from the IQ windowdrive series can be integrated into KNX building systems as direct bus participants. Window statuses (e.g. open/closed) can be displayed on a central visualisation panel, and controlled and monitored from there.

Not only can the automatic windows be opened and closed remotely from a central location, the Drives also facilitate direct communication with other components in the KNX building system, such as KNX push buttons and KNX sensors. This means that all the indows in a building can be closed centrally at the push of a button. If a weather station reports rain or a certain wind speed, the window drives receive the signal to close from the IQ box KNX. With KNX air-quality sensors, the windows can be controlled depending on the CO2 concentration, humidity or ambient room temperature. Through the precise control of the window drives, the KNX box facilitates controlled ventilation to create a better indoor climate as well as energy-saving potential.

The IQ box KNX offers additional security: Unlike simple switch contacts, it uses the intelligence of the window drives and – after performing a ‘command’ – reports the status of a window to the KNX building system or building management system. The module also provides additional window information, e.g. the precise opening width (as a percentage), any faults or, as ‘predictive maintenance’, the number of opening and closing cycles.

Even before the IQ box KNX officially went on sale, GEZE had won an important order: as the first stage of the revitalisation of an office complex in central Frankfurt and its certification according to the latest environmental standards, over the next few months 400 out of a total of 2,500 bottom-hung windows will be automated with ‘F 1200 Electric’ turn and tilt fitting system from the IQ windowdrive series. The window drives are being incorporated into the existing KNX building system via IQ box KNX interface modules, making building monitoring much more convenient, efficient and economical for the building operator.

For example, communication between heating control and the intelligence of the window drives will reduce heating costs. Windows close if the heating or air-conditioning is activated in case of rain or wind. Natural ventilation is provided equally automatically. The central control system also enables complete window frontages or defined groups of windows to be controlled for night-time back cooling. If needs change, they can be adapted easily by the users by specifying new ventilation scenarios on a KNX visualisation panel.